Welcome to Spaceport Sweden’s press page, which includes news and features and voices about Spaceport Sweden, our partners and operators in the commercial spaceflight industry and related businesses.

On our blog we also share our ongoing activities, thoughts and experiences furthering the pioneering journey developing commercial human spaceflight and Europe’s gateway to space – your next adventure.

More press information and releases can also be found in our two pressrooms; InternationalSwedish

Find features and article about Spaceport Sweden in Swedish, our partners and the location of the future spaceport in Kiruna in Swedish and International media. Here you find a few a draft about, a link and/or copy of the most recent articles in papers and magazines.

Besöksliv – February 2014 A ten page article in the latest issue of the Swedish magazine Besöksliv, about Spaceport Sweden’s and our partners ongoing work to establish space tourism. Sweden has the all the right ingredients but now depend on the Government to shape a business friendly regulatory framework, capitalizing on this unique opportunity. 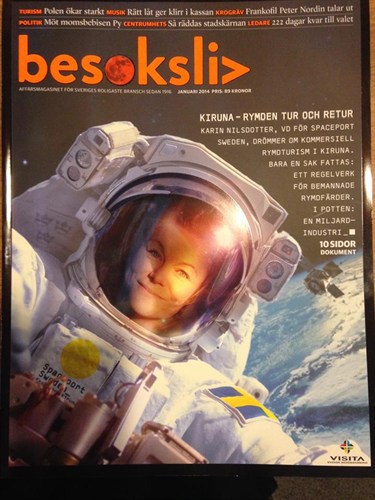 Kuriren -January 2014 (Read in Swedish)An article in the daily newspaper Kuriren about commercial human spaceflight and the unique attributes of Kiruna in Swedish Lapland to develop this industry – an opportunity we must capitalize upon. Already now there is enormous potential to create new products, services and experiences that will attract visitors from all over the world, generating considerable income for partners, contributing to job creation, growth and strengthened competitiveness. 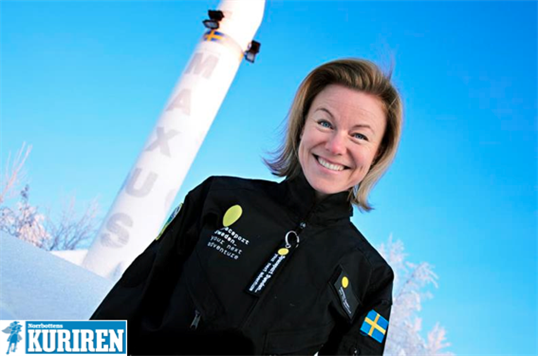 DI Weekend – Dagens Industri – December 2013 Read about Spaceport Sweden, our partners and the innovative commercial spaceflight industry that is already here. By combining science, environment, and technology, we seek to position Sweden in a leadership role and become one of the first countries in the world for manned spaceflights. Already now we offer new products, services and experiences on the ground building on space as the platform. The opportunies are endless for solutions that will both improve lives, inspire the next generation and foster new economies and growth. Dagens Industri – Sweden Business Daily with the supplement Magazine “Di Weekend”, published Fridays. 291 000 readers. 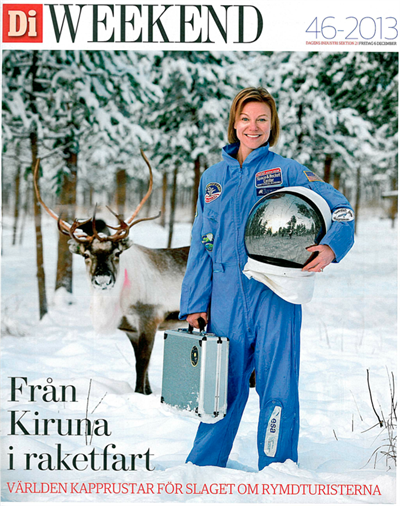 Veckans Affärer (Swedish business daily) – December 2013, Nr 49-50(Read in Swedish)Read about profile women in the new industry and Spaceport Sweden´s CEO Karin Nilsdotter being one of them. Spaceport Sweden will position Kiruna as the European Gateway to Space and access to space will also provide benefit for the future on earth. Further how the spacetourism can become a catalyst for science, education and other developments with space as a platform. Kiruna attracts already visitors, talents and investors and Spaceport Sweden has become a leader for this new industry, well needed in a time when the competition gets tougher by each season.Business Weekly – weekly magazine with more than 45 years of publication. 70 000 readers. 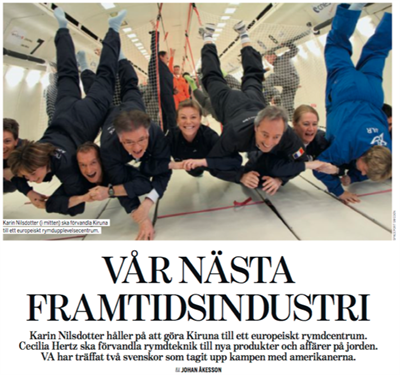 Populär Astronomi – December 2013, Nr 4 (Read in Swedish)Profile article and interview with Karin Nilsdotter, CEO of Spaceport Sweden. She and her collegues achivements and further goals with the etsablishment of a spaceport in Kiruna and a new industry focus on the most important parts to make it all happen. Already today learning adventures are offered for space enthusiasts and adventurers along with partners in Kiruna, other locations in Sweden and abroad – the international arena for Spaceport Sweden is as important as obvious.Popular astronomy – quartely magazine of The Swedish Astronomy Society. Circulation 3000. 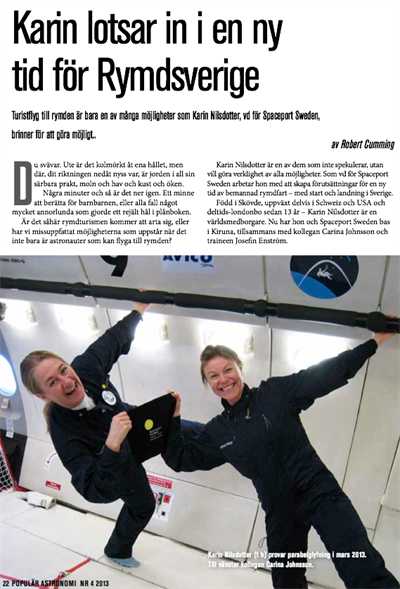 N by Norwegian – November 2013, Nr 11 (Read in English)The airliner Norwegian´s online magazine featured during fall of 2013 a multispread article, including a front page of Space travel inspiration. The article focused on the already established business of Spaceport Sweden in Kiruna, this at the same time as Norwegian did reopened their Stockholm-Kiruna flight. Before flying into space you can already participate in a Northern lights flight and enjoy other world class highlights on the location. Dream & Do.N-Magazine – onboard magazine of Norwegian worldwide – estimates 1 000 000 readers. 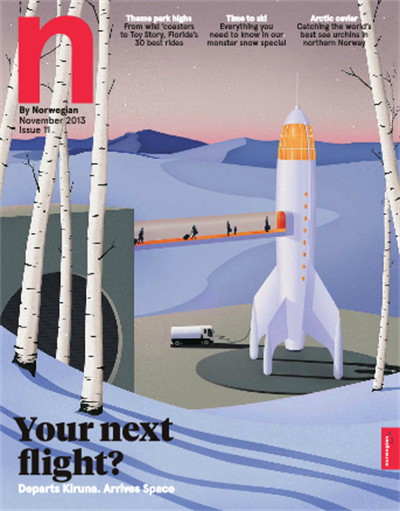 Animation of a Virgin Galactic flight from launch to landing 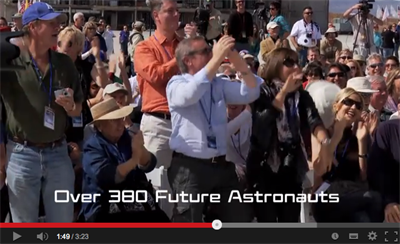 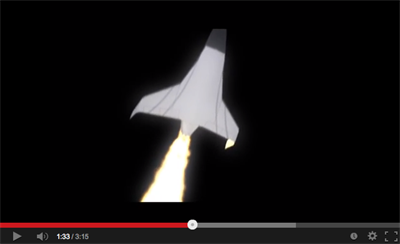 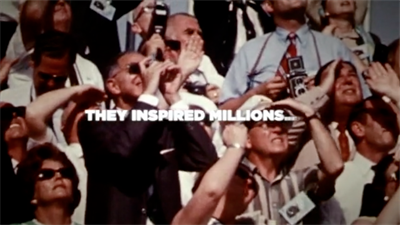 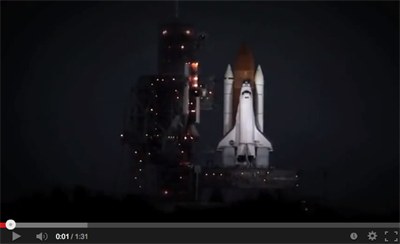 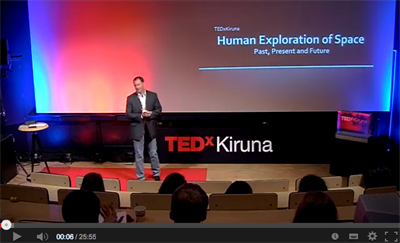 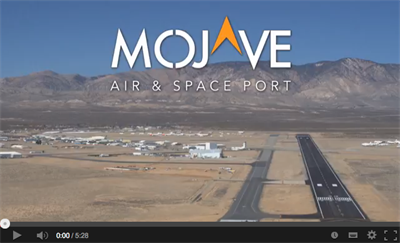 Features about related activities and businesses

Aurora over Kiruna – The Swedish Institute of Space Physics, IRF 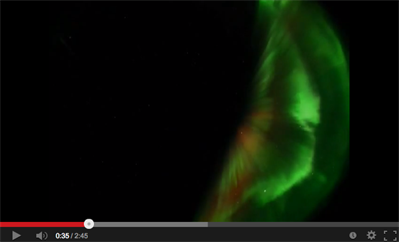 Spaceport Sweden, your next adventure